The excerpts are from After Finitude of Quentin Meillassoux (page numbers are from the ebook version.). Disclaimer: Fair use – In the purpose of critique /Answering a question: text analysis

(Not very clean formatting. Pardon me)

This absolute lies at the

furthest remove from the absolutization we sought: the one that

would allow mathematical science to describe the in-itself. We

claimed that our absolutization of mathematics would conform to

the Cartesian model and would proceed by identifying a primary

absolute (the analogue of God), from which we would derive a

secondary absolute, which is to say, a mathematical absolute (the

Note: Absoulutization of mathematics (derivation of a secondary mathematical absolute) is a requirement to establish a Cartesian in-itself. No problem, he does not say he did it.

We are not claiming that the non-totalizing axiomatic is the

only possible (i.e. thinkable) one. Consequently, we are not

claiming that the possible is always untotalizable, even if this is

the case in the standard axiomatic of sets. For we cannot deny a

priori the possibility that it could also be thinkable that the

thinkable constitutes a totality. The fact that the untotalizable is

thinkable within a given axiomatic does not prevent anyone from

choosing another axiomatic, in which the frequentialist

implication would still be valid. There is always more than one

axiomatic, and despite its eminence, that of standard set-theory is

only one among many. Thus, we cannot rule out a priori the

possibility of selecting an axiomatic in which the realm of possible

worlds would constitute an ultimate and determinate numerical

totality. But this at least must be accorded to us: we have at our

disposal one axiomatic capable of providing us with the resources

for thinking that the possible is untotalizable. However, the mere

us to disqualify the necessitarian inference, and with it every

physical laws - a necessity that is mysteriously superimposed onto

the fact of the stability of these same laws.

Meillassoux does not necessitate the possible (or the physical/possible world) to be untotalizable. Ok. He knows that there are alternative axioms. In the case of physical world nobody has ruled out any of those axioms (untotalizable or other). Hence world may be untotalizable.

To prove stability of the world in this way, there are two steps.

Step 1. Prove that the physical world (possible worlds) is non-totalizable, in the means of deriving it from the thesis of factiality/contingency.

Step 2: Prove the stability of the world starting from non-totalizable.

Step 1 is yet to be done. Ok. Nobody has disproved it even. OK. (It is to be proved or disproved.) Step 1 is a conjecture.

2. Is step 1 is required to get the conclusion of step 2? (Should one proves step 1 first to prove possibility of stability?)

What the set-theoretical axiomatic demonstrates is at the very

least a fundamental uncertainty regarding the totalizability of the

possible.1 But this uncertainty alone enables us to carry out a

decisive critique of the necessitarian inference by destroying one

of the latter's fundamental postulates2: we can only3 move

totalizable3. But since this totalization is at best only operative

within certain axiomatics, rather than in all of them, we can no

longer continue to claim that the frequentialist implication is

absolutely valid. We have no way of knowing whether the

dice can be totalized.

1. Non-totalizability is a valid conjecture. OK.

3. Answer to Question 2. Step 1 is required: If this world is totalizable we can immediately conclude that the stability of laws guaranties the necessity of laws. Therefore we must question totalizability of the world. Best case we should this world or all possible physical worlds are non-totalizable. It is required to complete the proof. At least we should grasp about the validity of the conjecture. Hence, non-totalizability which is a requirement to grasp our experience of stable history in a factual/contingent world and which is also mathematical is an elegant and necessary secondary absolute to complete this project. But the derivation is yet to be done.

But how is Kant able to determine the actual frequency of the modification of laws,

assuming the latter to be contingent? How does he know that this

frequency would be so extraordinarily significant as to destroy the

very possibility of science, and even of consciousness? By what

might only very rarely change - so rarely indeed that no one

would ever have had the opportunity to witness such a

modification? It can only be by the right which he derives from

applying the calculus of probability to our world as a whole,

rather than to any phenomenon given within the world, and

hence from an a priori totalization of the possible, which we

know, since Cantor, can no longer lay claim to any logical or

mathematical necessity - which is to say, to any sort of a priori

We then noticed that at the root of this

to the laws of nature themselves; a piece of reasoning which there

was no reason to accept once its condition - the claim that

conceivable possibilities constitute a totality - was revealed to be

no more than a hypothesis, as opposed to an indubitable truth.

In doing so, although we have not positively demonstrated

that the possible is untotalizable, we have identified an alternative

between two options - viz., the possible either does or does not

opt for the second - every reason, since it is precisely the second

option that allows us to follow what reason indicates - viz., that

there is no necessity to physical laws - without wasting further

energy trying to resolve the enigmas inherent in the first option.

But what is most fundamental in all this - and this was

idea that the most powerful conception of the incalculable and

unpredictable event is provided by a thinking that continues to be

mathematical - rather than one which is artistic, poetic, or

religious. It is by way of mathematics that we will finally succeed

in thinking that which, through its power and beauty, vanquishes

quantities and sounds the end of play.

Not Ok. This answers Question 2. Here Meillassoux says it is required to complete step 1 to get the conclusion of stability. One has to go through mathematics to grasp it, not any other way. Meillassoux has not completed the Step 1 but that step is required. According to him his incomplete proof recruits mathematics rather than any other thought to establish stability. Remaining task is to derive it.

I disagree. This second step is flawed. There is no guarantee that first step is required.

However, we must return to our proposed resolution of

Hume's problem, for the former cannot wholly satisfy us. As we

saw, this resolution is fundamentally non-Kantian insofar as it

aims to establish the conceiv-ability of the actual contingency of

the laws of nature. Yet it would not be quite right to assert that

our resolution itself is unequivocally speculative, just because it is

anti-transcendental in intent. For although the thesis we advanced

was ontological, and did indeed assert something about the in-

itself rather than phenomena in maintaining the detotalization of

the possible, nevertheless, it was only advanced as an ontological

hypothesis. We have not established whether this non-totalization

actually obtains, we have merely supposed it, and drawn the

consequences of the fact that such a supposition is possible.4 In

other words, although our proposed resolution of Hume's

problem gives us grounds for not immediately giving up on the

idea of factial speculation, it has not itself been engendered as a

truth by means of speculative reasoning.5 For a properly factial

resolution of Hume's problem would require that we derive the

non-totalization of the possible from the principle of factiality itself.

In order to elaborate such a solution, we would have to derive the

non-whole as a figure of factiality6, just as we sketched the

derivation of consistency and of the 'there is'. This would entail

absolutizing the transfinite6 in the same way in which we

absolutized consistency - which is to say that we would have to

think the former as an explicit condition of contingent-being7, rather than merely construing it as a mathematically formulated

hypothesis7 that can be advantageously supported by the

speculative. But it is clear that such resolution of the problem

necessity what we tried to do for logical necessity. We would have

to be able to rediscover an in-itself that is Cartesian, and no

longer just Kantian - in other words, we would have to be able to

legitimate the absolute bearing of the mathematical - rather than

merely logical - restitution of a reality that is construed as

independent of the existence of thought. It would be a question

of establishing that the possibilities of which chaos - which is the

only in-itself - is actually capable cannot be measured by any

number, whether finite or infinite, and that it is precisely this

super-immensity of the chaotic virtual that allows the impeccable

stability of the visible world.

6. He is saying step 1 is required to conclude that a factual universe can be stable.

My opinion: I disagree. Non-totalizability or any other axiom does not prevent ergodicity and simply we can reject applicability of ergodicity (which is mathematical). Simply we can move further saying there is no absolute mathematics. Step 2 is easily resolved. There is no requirement for step 1.

far more complex, but also more adventurous than that of

consistency, since it would have to demonstrate how a specific

mathematical theorem, and not just a general rule of the logos, is

one of the absolute conditions of contingency8. Accordingly, it

might seem wiser to confine9 ourselves to our hypothetical

resolution9 of Hume's problem, since the latter seems sufficient to

vanquish the objection from physical stability10, which provided

the only 'rational' motive for not simply abandoning every variant

of the principle of reason. However, there is another problem that

rules out such caution, and it is precisely the problem of

ancestrality. For as we saw, the resolution of the latter demanded

an unequivocal demonstration of the absoluteness of mathematical

discourse. We begin to see then, albeit dimly, that there now seem to be two problems tied to the issue of the absolute scope of

Hume. It remains for us to connect them in such a way as to

provide a precise formulation of the task for non-metaphysical

9. Wow! Now he is saying it is wise to say this is THE PROOF although it is not completed. Why?

10. Meillassoux: “Why? I proved the second step, right! When stage 1 is done the game is over. Right!” 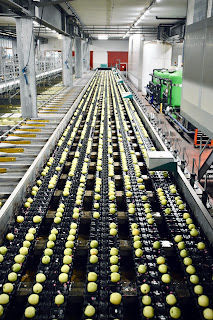